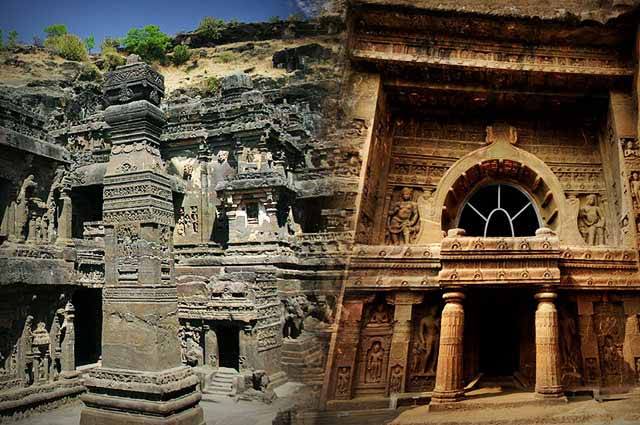 The Ajanta-Ellora Caves which are part of Maharashtra’s rich heritage, will be one of the 10 tourist destinations across India to be developed as ‘Iconic Tourism Site’ by the central government.

In the Union Budget presented on February 1, Finance Minister Arun Jaitley had said, “The government proposes to develop ten prominent tourist sites as Iconic Tourism destinations through holistic infrastructure and skill development. In addition, tourist amenities will be upgraded at 100 Adarsh Monuments of the Archaeological Survey of India (ASI).”

Reckoned amid the World Heritage Sites in India, Ajanta & Ellora Caves are ancient cave monuments present in Aurangabad. Ajanta Caves house the paintings and frescoes that give a deep insight into Buddhism. Basically, this cave is devoted to Buddha and his teachings. On the other hand, the cave of Ellora is not less than a marvel. It is a monument that is entirely carved out of rocks. It the largest monolithic rock excavation and is entirely devoted to Hinduism and Jainism.

The selected tourist locations were announced on Tuesday and Ajanta-Ellora, Aurangabad is one of them. Union Minister of State (Independent Charge) for culture Mahesh Sharma has said that the proposal in the budget to holistically develop 10 iconic tourist destinations and 100 monuments will be started in right earnest, and the task will be initiated by March this year. Further, Union Minister Mahesh Sharma said that tourism has the capacity to contribute a much larger share to the nation’s growth.

As part of the initiative, the Centre will take up 100 Adarsh Smaraks such as toilet blocks, drinking water facilities, pathways and ramps (for the differently abled), seating benches, dustbins, improved parking facilities, ticket counters, landscaping and more.

Industry in Aurangabad and Socio Economic & Educational Development of Region