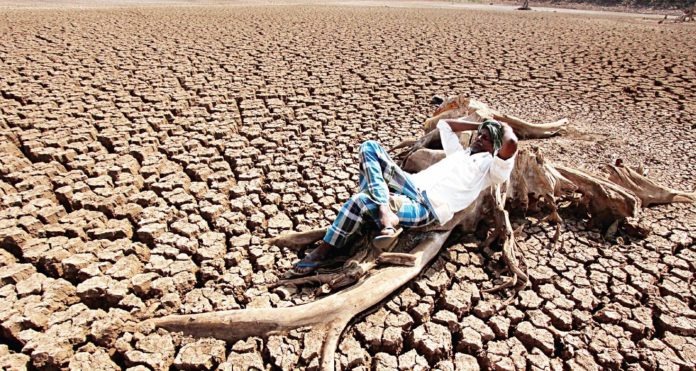 Marathwada region of Maharashtra, which had to be supplied water in railway wagons just a couple of years ago, would get an ambitious Marathwada Water Grid project to tackle problems of drinking water and drought.

A Memorandum of Understanding to this effect was signed in presence of Israel Prime Minister Benjamin Netanyahu between the water supply department of Maharashtra government and Mekorot Development & Enterprise Ltd of Israel on Thursday.

“I had seen their technology during my visit to Israel in 2015 and we announced plans to develop the water-grid for drought-prone Marathwada in 2016, when it saw the worst drought. Now, we are moving ahead with the project,” Chief Minister Devendra Fadnavis told The Sunday Standard, after signing the MoU.

The water-grid project is estimated to cost `10,000 crore and aims at interlinking major reservoirs in Marathwada region to enable scientific and cost-effective use of available water, especially during drought.

We are planning to get everything right from the design (for the water-grid) from Israel. The Israeli company we signed the MoU with will offer its expertise at deployment of technologies to plug loss of water due to evaporation and lopsided distribution of water due to erratic rainfall or inconsistent distribution of rainfall in the catchment regions of dams,” Fadnavis said.

However, he didn’t reveal the detailed time-frame of the project.

“We expect the work to be completed faster,” he said.

Marathwada region of Maharashtra has a long history of droughts It has seen massive farming community migrations out of the region ever since 1972.

The region suffered three successive years of drought from 2014, which not only aggravated the agrarian crisis but also caused a severe scarcity of potable water in cities.

In 2016, more than 4,000 tankers had to be deployed for supplying water in Marathwada region due to severe water scarcity. Apart from these, some short-term measures to provide water was taken. This included supplying drinking water through train to Latur — one of the worst-hit districts of Marathwada — from Miraj, which was 300 km away.

Why we should ask for Better Streets and not Wider Roads…